TODAY: Simone Ashley also thinks there’s ‘so much chemistry’ in season 2 of ‘Bridgerton’

“I’m excited for everyone to slowly see them gravitate towards each other throughout the series.” 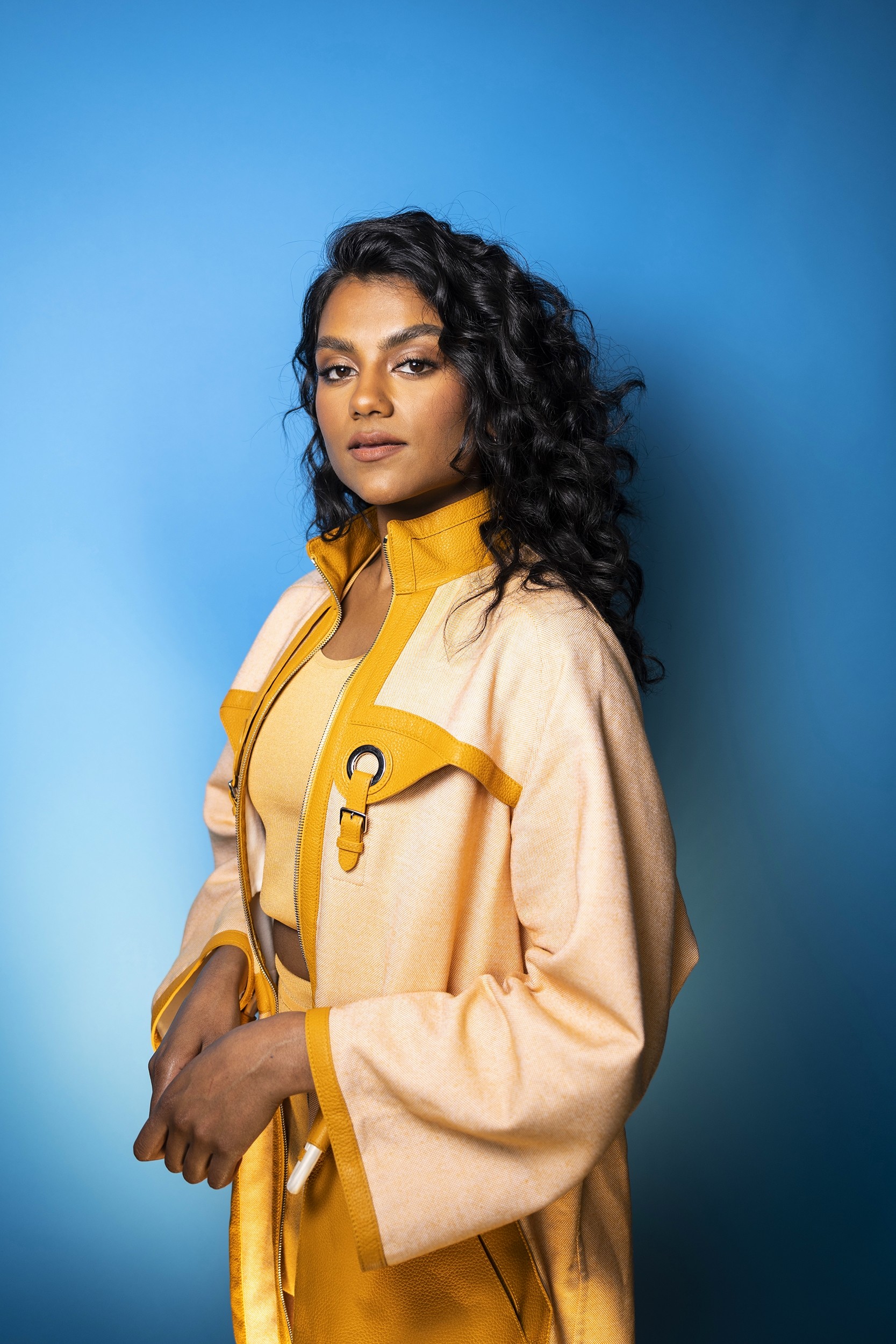 The first time Anthony Bridgerton (Jonathan Bailey) catches a glimpse of Kate Sharma (Simone Ashley) in season two of “Bridgerton,” she’s on the back of a horse. Kate is far outpacing him, and Anthony struggles to catch up. After jumping a high hedge, Kate turns around, lowers her cape, and gives Anthony a look that says, “Try me.” He seems intrigued and challenged by a woman who so clearly forges her own trail.

The charged scene sets the tone for the rest of the season, which sees Anthony and Kate try to outmaneuver each other, again and again — a charade that leaves them panting in the process. Though Anthony starts courting newcomer Edwina Sharma, he can’t shake the feelings he has for her older sister, Kate.

“I love any scene with Kate and Anthony riding their horses,” Ashley told TODAY. “Those were some of my favorite days filming on set with Johnny. And just bringing this love story to life with him. It really, truly was such a joy.”

With season two of “Bridgerton,” Ashley went from “Bridgerton” fan to star. The 26-year-old actor has been “obsessed” with the Regency drama ever since season one premiered in December 2020.

At the time of the show’s release, Ashley was filming another Netflix hit, “Sex Education,” a high school-set show that stars Gillian Anderson as a famous sex therapist and Asa Butterfield as her son, who gives love and dating advice to his classmates. Ashley’s character, Olivia, is a member of a popular clique known as “The Untouchables.”

Ashley heard her “Sex Education” co-stars discussing the Regency drama, rapidly becoming a cultural phenomenon. Then, she got a call from her agent with news about a potential part. That’s when she hit “play,” and geared up for a potentially career-defining role.

Ashely had been appearing onscreen since 2016, with roles in British shows like “Broadchurch” and “The Sister,” and the movie “Detective Pikachu.” But a starring spot in “Bridgerton,” one of Netflix’s most popular shows, would be the making of a big break.

Just two weeks after her audition, Ashley landed the part of Kate, and was whisked away into the pastel-hued world of “Bridgerton,” based on the Regency romance novels by Julia Quinn.

“Shortly after being cast, and after my chemistry read with the gorgeous Jonathan Bailey, I was immediately on set in wig fittings, makeup tests. (I was) transported to this beautiful world, filming in these amazing locations and horse riding,” she said, before joking: “So yeah, I definitely got the gist of what (‘Bridgerton’) was all about.”

But what is her character, Kate Sharma, all about? Ashley describes her character as someone who is “loyal, protective, smart, fierce” with a “big heart.”

Ashley can see flashes of herself in Kate, too. “There’s a lot about Kate I empathize with. I really admire her bravery,” Ashley said. 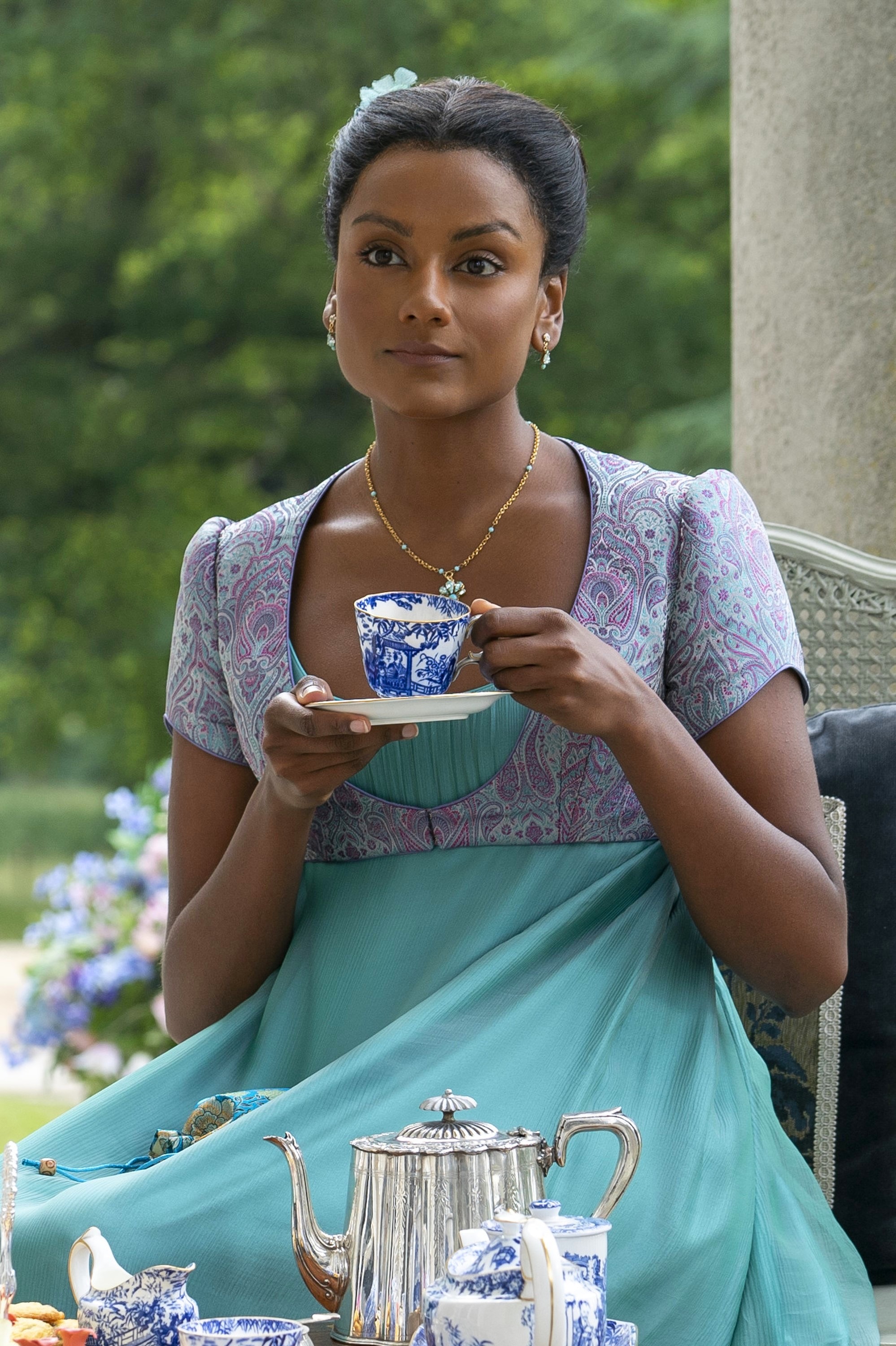 More than anything, Kate is devoted to her family. Newcomers to season two and to the ton’s social scene, the Sharmas are originally from Bombay, India. Kate and her stepmother, Mary (Shelley Conn) arrive in London with the intention of finding Edwina (Charithra Chandran), Kate’s younger sister, a suitable match. All of Edwina’s suitors must pass Kate’s test first — and Anthony, a notorious rake, certainly won’t.

While Ashley said acting out Kate and Anthony’s love story was “magical,” she appreciated the opportunity to bring South Asian characters to the ballroom of Regency England just as much.

“It’s been so much fun to represent this family, who are a minority of what we see on screen, and to represent that with two other gorgeous South Asian women: Shelley Conn, who plays Lady Mary, and the diamond in every meaning of the word, Charithra Chandran, who plays Edwina,” Ashley says, referring to Edwina being deemed “diamond of the first water” by Queen Charlotte.

“I think it’s just so important that we’re doing this,” Ashley said of including diverse characters in period pieces. “Hopefully, in a few years’ time, we won’t even be having this conversation, and it’ll be so normal and it won’t be as wonderfully groundbreaking as it is now.”

Season two of “Bridgerton” includes nods to the sisters’ heritage, including a strings remix of a song from the popular Bollywood movie, “Kabhi Khushi Kabhie Gham;” a culturally specific pre-wedding ceremony; and a scene in which Kate applies coconut oil to Edwina’s hair, a technique used in India.

“I think it’s such a beautiful and intimate bonding moment between two sisters that I think a lot of cultures can relate to,” Ashley said. “And I’ve never seen anything like that on-screen before. That was super fun to play.”

Kate’s fierce love for her family — particularly to her sister — is what makes this season’s romance so complicated. Kate feels conflicted when she begins developing feelings for the very man she’s supposed to be protecting her sister from.

Like Daphne Bridgerton and Simon Basset from season one, Kate and Anthony find themselves in an “enemies to lovers” situation. However, it takes even longer for the ice to melt. As Ashley told TODAY, her character can be “a bit stubborn” at times, especially when it comes to acknowledging her feelings. Kate and Anthony’s particular dynamic means that season two goes lighter on the sex scenes than the first.

“I think ‘it takes one to know one,’ so they definitely grind each other’s gears,” Ashley said. “They challenge each other. There’s a lot of sparring going on. A lot of competition.”

However, their sparring might just be for the best, because it leads to personal growth.

“(It) evolves into vulnerability and the idea of maybe allowing love to affect them,” she said. “There’s so much chemistry between them. It’s such a magical love story. I’m excited for everyone to slowly see them gravitate towards each other throughout the series.”

Each season of “Bridgerton” focuses on a different couple. In a previous interview, Ashley said she is open to making a cameo in season three of “Bridgerton,” as Phoebe — who plays Daphne Bridgerton — did in season two. But Kate’s time in the spotlight will soon be over as another duo goes on a journey of self-discovery, prompted by romance.

She’ll take with her the memories of a “Bridgerton” ballroom, looking into Bailey’s eyes during their character’s first dance. “If there’s a way to just condense that love story into one scene, I would say that one. It’ll always be a favorite memory of mine, filming that with Johnny,” Ashley says.