The Sunday Times: Bridgerton’s Simone Ashley: ‘All the fireworks are still to come’ 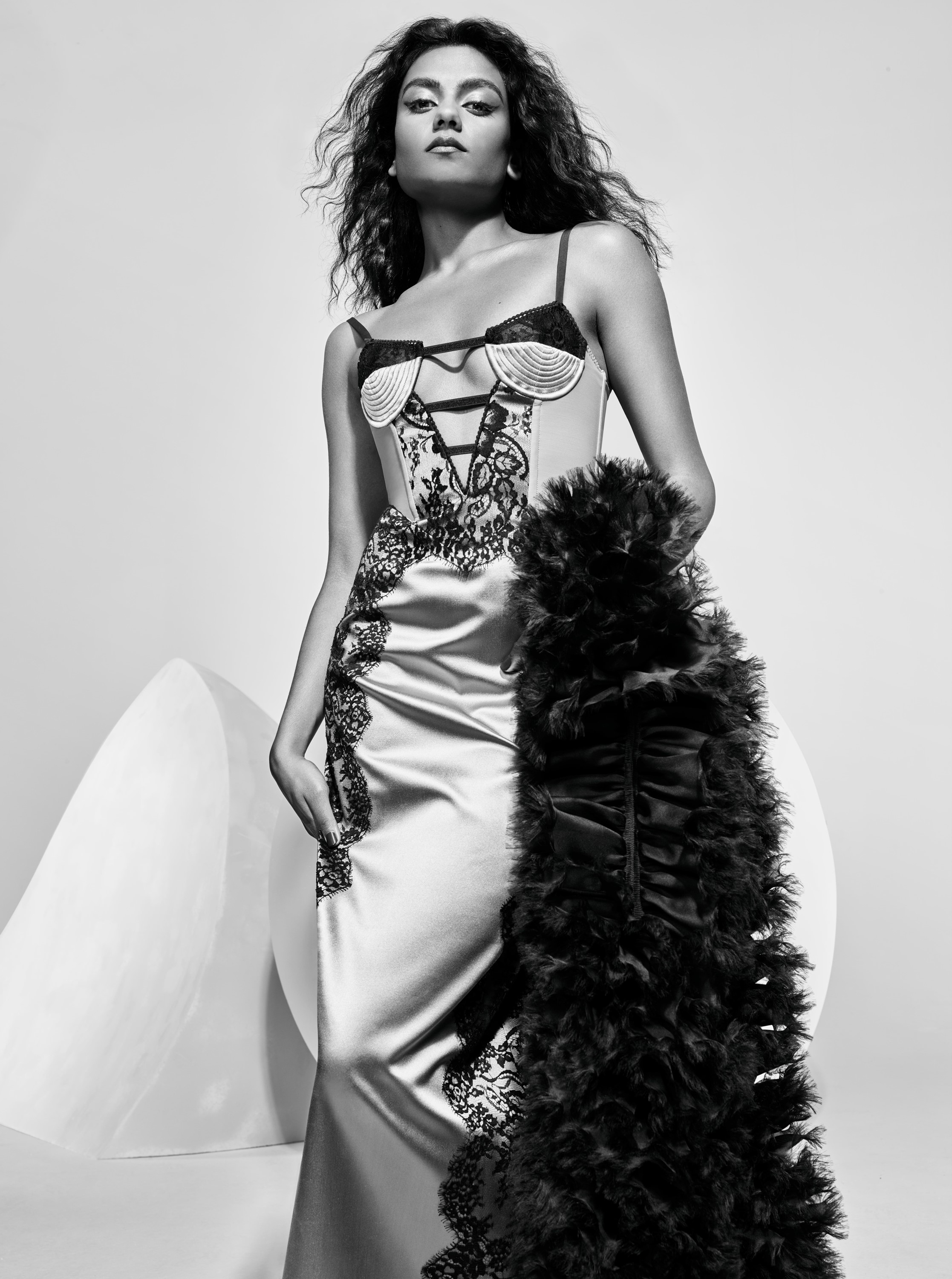 In February 2021, having just moved into an empty London flat, Simone Ashley was putting together an Ikea table when the text came through from her manager. The news that she’d been cast as the latest female lead in Bridgerton was about to break on the internet. “And then my phone started blowing up. It went nuts,” she says. Mindy Kaling and Freida Pinto wrote to Ashley via Instagram to congratulate her as audition and interview requests poured in, Twitter fan accounts were created and her social media following exploded. “It was pretty special,” she smiles.

Bridgerton, Netflix’s romantic series about young people looking for love and falling in lust in 1800s London, was released on Christmas Day 2020 and instantly became a cultural phenomenon: 82 million households lapped it up in the first four weeks and it was the streaming giant’s most-watched series yet until it was surpassed by Squid Game last year. With our lockdown lives starved of glamour, frivolity and, let’s face it, sex, Bridgerton, with its will-they-won’t-they love affair between Daphne Bridgerton (Phoebe Dynevor) and the Duke of Hastings (Regé-Jean Page), was just the rumping, pumping tonic we needed.

Executive produced by Shonda Rhimes (who created Grey’s Anatomy and is behind the recent hit series Inventing Anna), the show is based on the novels by Julia Quinn and focuses on the stories of the eight Bridgerton siblings entering London society, a social scene dominated by Lady Whistledown, the anonymous columnist who pens a gossip-fuelled newsletter read by everyone: think Gossip Girl meets Jane Austen.

Less than a month after it premiered, Netflix announced that there would be a second series and Ashley was promptly called to audition. Two weeks later she had the part. “I hadn’t even watched it,” she admits. “But everyone I knew was talking about it. I self-taped some scenes, had a few meetings with the producers and casting director, and then went to do a chemistry read with Johnny [Jonathan Bailey, aka Anthony, Viscount Bridgerton, the male lead opposite Ashley’s character, Kate Sharma]. I just thought how bizarre it all was.” A few days later her manager phoned to tell her she had the role. “But I wasn’t allowed to tell anyone. I had to sit there in silence.” Before she knew it she was in wig fittings and dance rehearsals and learning how to ride, before an intense 11-month filming schedule.

“The whole of 2021 for me was Bridgerton,” she says. “Living and breathing Bridgerton: 4am pick-ups, wrap at 6 or 7pm, get home, have dinner, learn my lines for the next day, go to bed. It happened so quickly and was so intense, I didn’t really take it all in until recently, when I went, ‘Oh, so this is a bit mad!’ But I’m just trying to enjoy it.” 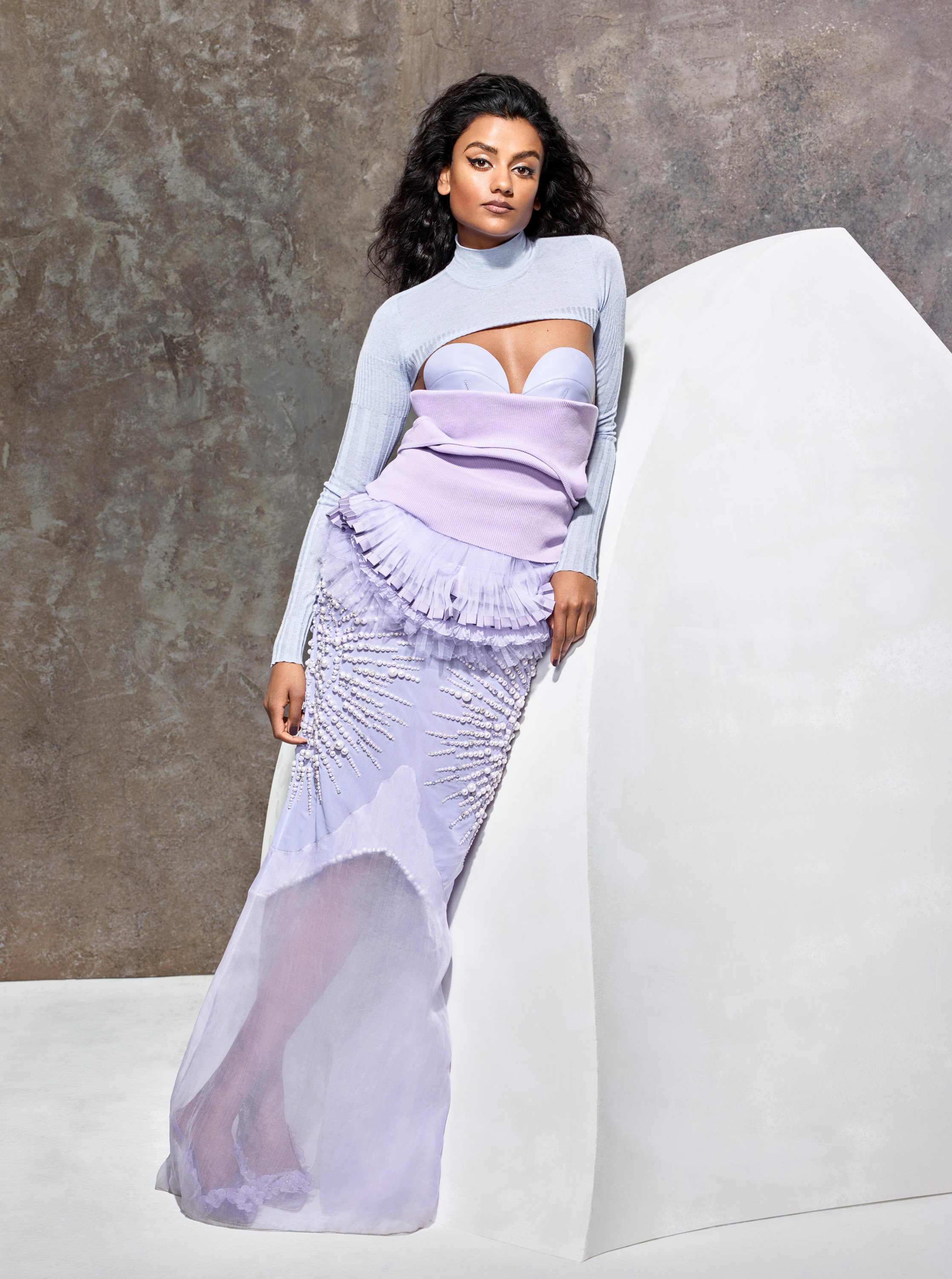 Ashley, 26, was born in Surrey and is the first in her family of academics to go into showbusiness. “I was very stubborn and focused on being an actress,” she says. “I had a childlike imagination and always carried with me that anything is possible if you put your mind to it.” She left school at 16 and took acting classes, going to every audition she could get to while working in clothes shops, hairdressers and a frozen yoghurt shop.

Things started picking up when she was 18 and moved to Los Angeles, signing with a model agent. Her first role was as an extra on the film Straight Outta Compton, followed by “one-liners here and there, like on [the Ryan Reynolds movie] Pokémon Detective Pikachu.”

That led to meatier parts back in Britain, in ITV’s Broadchurch for example, but it was playing Olivia in another Netflix mega-hit, Sex Education, the comedy drama about sex-obsessed teens, that Ashley says “changed my life”. Olivia only appeared in a few episodes of the first three series, but we did see her have a lot of sex. What did her family think of watching her having orgasms on telly? “I did have to warn my brother about some of those episodes and advised him to not watch them!”

Each series of Bridgerton focuses on a different family member, so where Daphne was the centre of the first season, this one is all about Daphne’s oldest brother, Anthony, finding love. Enter Kate Sharma (Ashley) and her sister, Edwina (Charithra Chandran). Kate is headstrong, independent and has one goal: to find a marriage match for her sister. When she meets Anthony they hate each other and, well, you can guess how that turns out. Sex made up a hefty portion of the first series — the first time we met Anthony he was having sex up against a tree, bare bottom on show.

Having watched the first six episodes of the new eight-part series — spoiler alert — there’s not much sex, but Ashley confirms that “all the fireworks are still to come”. A lot of them. “Sex Ed tried to portray real 16-year-olds and the sort of sex they were having,” she explains. “It wasn’t about looking sexy, it was the imperfections that we all experience. But Bridgerton is the other side of that. It’s a beautiful, romantic, aesthetically pleasing show, so all that romance is really ramped up.”

Another reason the show was so popular was its racially diverse cast, which, for a period drama, felt fresh, exciting and long overdue. From the relative newcomer Regé-Jean Page to more seasoned actors such as Golda Rosheuvel, who plays the brilliantly pompous Queen Charlotte (a character so popular that she’s getting her own prequel), these actors were put front and centre. 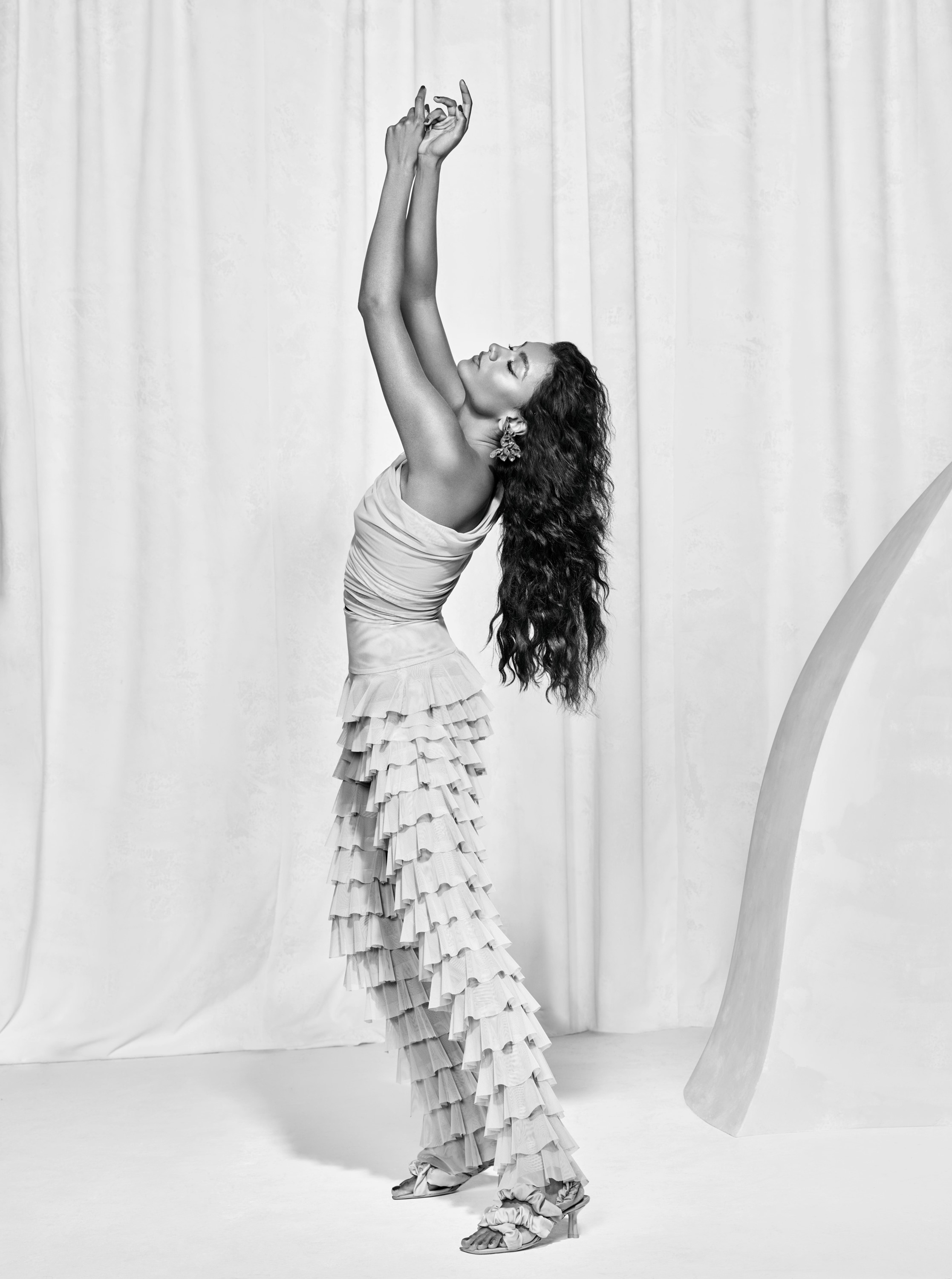 Indeed it was Chris Van Dusen, the show’s creator, who decided to turn the book’s Sheffield family into the Sharma family from India. I wonder how Ashley feels about becoming a poster girl for south Asian actresses? “I am an Indian girl, so it feels as authentic as it can get,” she replies. “I’d like to think doors are opening for Indian actresses and I’d like to think that I’m an example of that.”

With Bridgerton comes huge fame. The show’s biggest players such as Nicola Coughlan (of Derry Girls) are now household names. Page isn’t returning for the second series; he’s busy taking leading man roles in Hollywood. Ashley tells me about fans camping outside set just to get a glimpse of their favourites. “One woman got very emotional when she met Johnny. She really followed his love story.” I wonder if Ashley is prepared for it all? “It doesn’t feel real. I think I’m really good at detaching from pressure. Also I don’t really look on social media that much, which I think helps.”

The fashion world has also taken note of Ashley. She sat front row at Valentino’s recent show, has been dressed by Chanel and Prada, and Jonathan Anderson of Loewe is a fan (“He loves Bridgerton!”) It is something she takes in her stride. “I think fashion feels a lot more inclusive and accepting now,” she says. “I walk into the room and can find common ground with lots of different women from all over the world. It’s nice to not feel like the odd one out.”

This summer Ashley will be filming the third series of Bridgerton, and there is a small part in the live-action remake of The Little Mermaid coming up. She has her sights set on Hollywood. “I love Amy Adams’s career — she’s incredible, so versatile. That’s something I wish for myself. But I don’t want to make my whole life my career,” she says.

She is currently single but says: “Love is important to me, I’d love a successful career, family and love life. I think I could have it all.” Style, talent and Shonda Rhimes-approved? Ashley really is the diamond of the season.