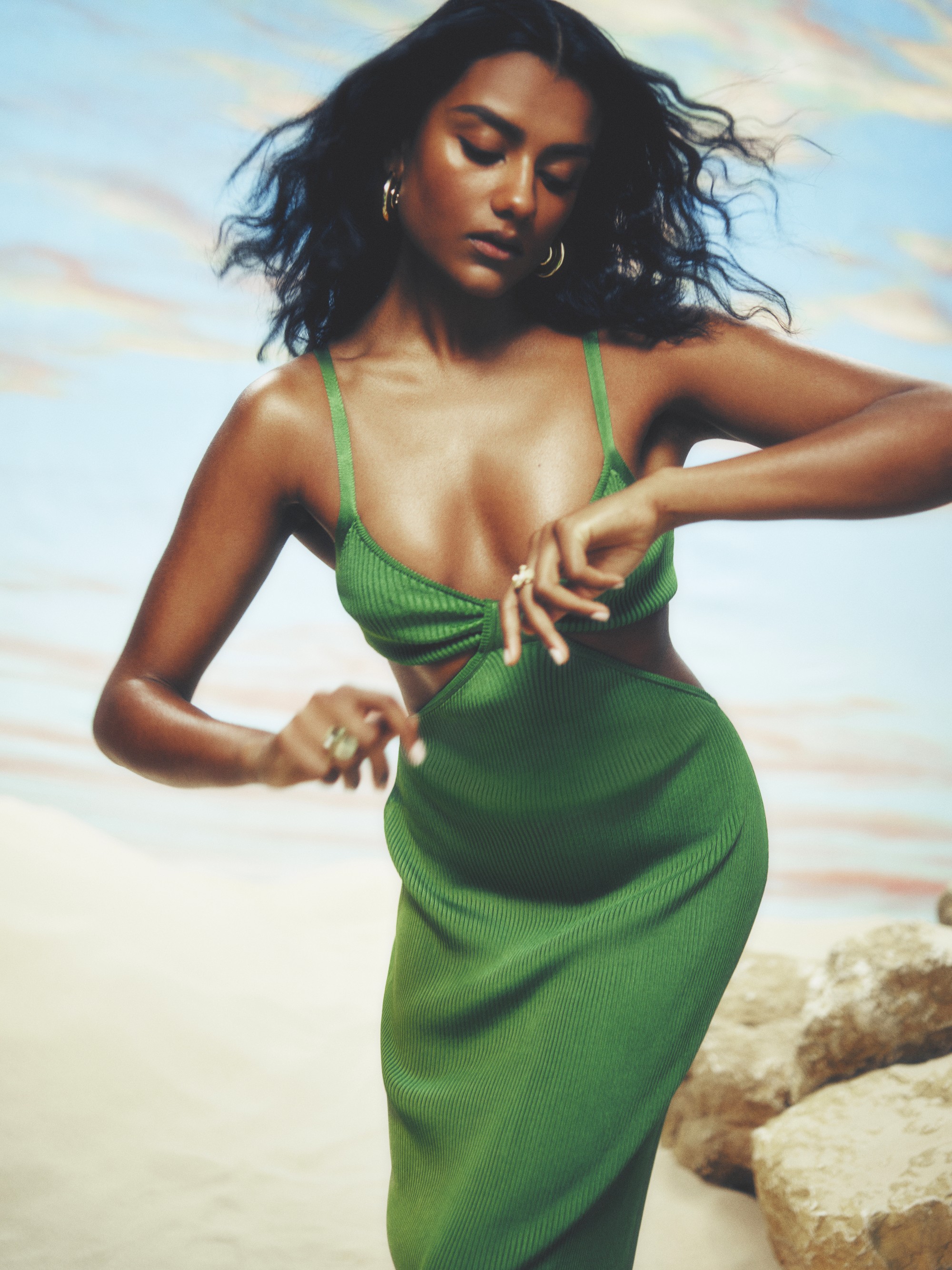 Sex Education fans will already be familiar with her withering quips, but now SIMONE ASHLEY is trading high school for high society as the new lead in the second instalment of Bridgerton. Here, the actor explores responsibility and representation with SHANNON MAHANTY – and reveals how living without fear has shaped her success

In a French cafe in Chelsea, Simone Ashley is sipping tea, while simultaneously spilling the tea. “The second season is much grittier,” she says, giving a coy grin. “There’s a lot of drama and a lot of sexual tension. My parents will be watching it – but not with me!”

She is, of course, talking about the return of Bridgerton, the second-most-watched show on Netflix in 2021. Courtesy of Shonda Rhimes’ Shondaland production company, the adaptation of Julia Quinn’s novels – which follow the love lives of Regency-era high society – became a breakout blockbuster hit. The antithesis of stuffy period dramas, it was full of deliciously opulent costumes, parties and sex, while the diverse casting and quick-witted script gave the genre a much-needed update.

Ashley joins the cast for the highly anticipated second season, playing Kate Sharma, a new arrival to London and the love interest of the eldest Bridgerton brother, Anthony (played by Jonathan Bailey). “It’s like a fairy tale,” muses Ashley, “but, you know, it’s not a typical fairy tale because these [are] two incredibly complex characters. For want of a better expression, [it’s] fucked-up people with a complicated history.”

Intricate, forbidden romances are what the show does best; last season’s leads, Phoebe Dynevor and Regé-Jean Page, were propelled to global fame after playing the eldest Bridgerton daughter and admiring Duke of Hastings, who found real love during a duplicitous courtship. As per the books, the second series focuses on a different Bridgerton sibling – this time, the troubled and emotionally unavailable viscount.

Ashley’s character, Kate, is headstrong and sharp (the role required her to take a crash course in horse riding), and when she meets Anthony Bridgerton, the two instantly clash. But then he pursues her younger sister and pure hatred turns into passionate tension – and a messy love triangle ensues. There are tantalizing will-they/won’t-they moments galore and Ashley assures me it’s worth the build-up. “Johnny and I have incredible working chemistry together. It was explosive on set.” It was helpful that they got on well off-camera, too. “There was no real time to hang out, but we did manage to sneak off for a drink together one day when we were filming on location. We’ve always had each other’s backs from the start; it’s a partnership.” 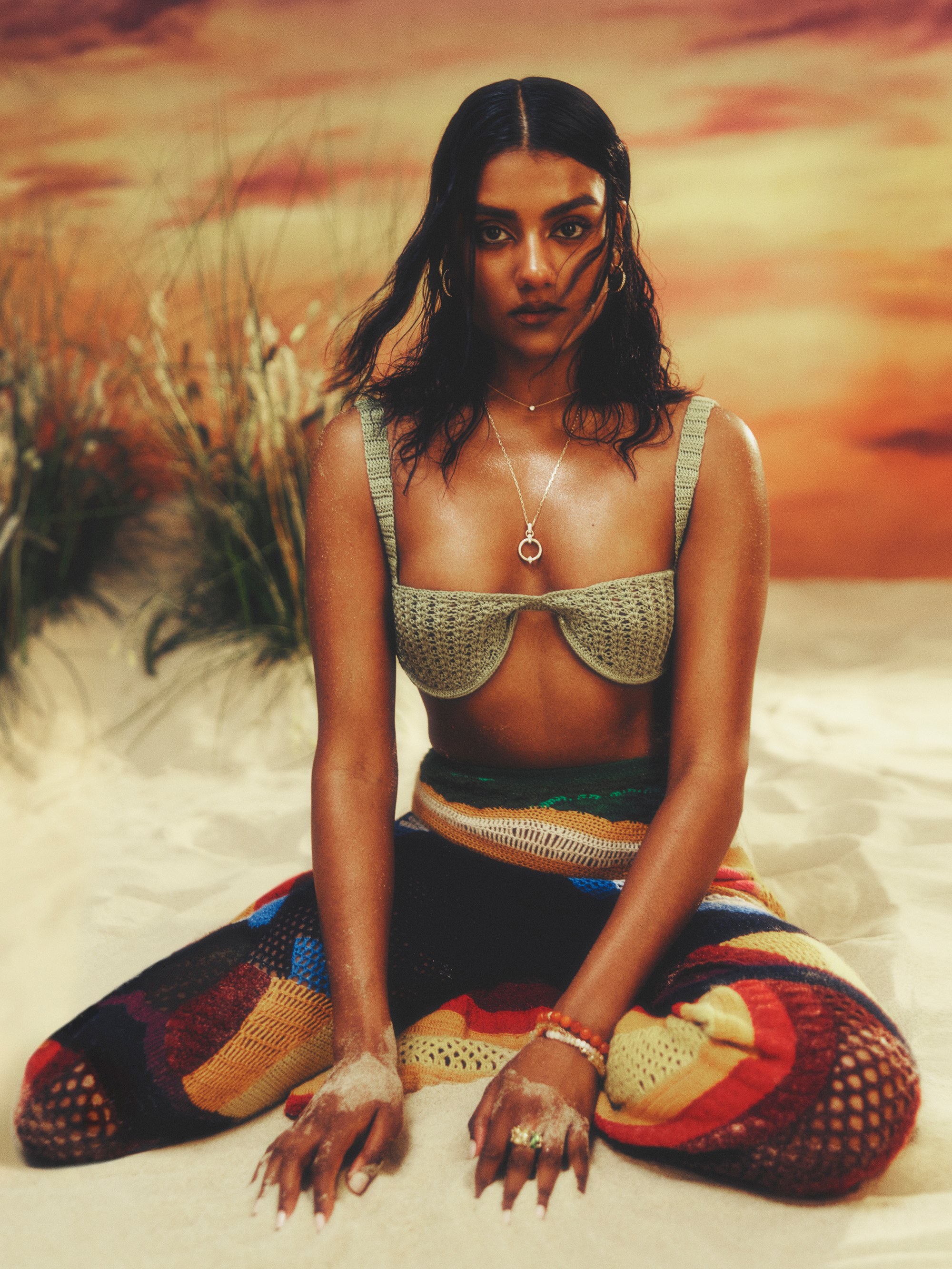 Did it feel intimidating joining the already-established ranks of the cast? “I think I’m quite good at detaching myself from the pressure,” she considers. “I really clicked with the part, which gave me confidence.”

When the show’s first season arrived on our screens at the end of 2020, it brought a much-longed-for dose of glamour, never-ending balls and salacious gossip. Ashley admits she was late to the party in watching it. At the time, the 26-year-old was filming season three of Sex Education, another zeitgeist-defining Netflix series. “We were in Wales shooting, but I remember everyone was talking about Bridgerton – it was so incredibly popular. Then, two weeks later, I got a text saying they were interested in me for season two.” Praised for its refreshing and frank portrayal of sex, relationships and teenage experiences, Sex Education – like Bridgerton – has challenged the status quo when it comes to diversity and representation in the characters and storylines it depicts on screen.

“Being part of these shows feels amazing,” says Ashley. “And it also feels like the right thing to do. [The diversity] isn’t really commented on in either of them, it’s just normalized, and I think that’s what makes them so great. I think the more these shows are being created, the more normal it’s becoming. I can certainly feel a temperature change.”

TThese titles might be breaking ground, but South Asian women are still woefully underrepresented onscreen – a US study of 2020-2021 TV found that their share of screen time stood at just 0.3 percent. As a woman of Indian heritage playing the lead role of a major drama, did Ashley feel an increased sense of responsibility for the job? “Of course I am deeply proud of my heritage, [but] no,” she says, firmly, “because I’m not a spokesperson for Indian people, I’m an actress. For me, my responsibility is to read the script, do the work, turn up on set and do a great job. That’s it. I guess everyone deals with it in their own way, but I am an actress at the end of the day. Opportunities should be open for any individual, and I just think us being there is enough.”

Ashley says that she is drawn to roles that “do something different. I am interested in some culturally specific parts, but I want to go up for roles that anyone can go for. I love movies about the human experience, [and] characters with a really interesting journey, who I really want to fight for. And it’s got to be fun at the end of the day – whether it’s a drama or a comedy – because you’re giving up months of your life for it, [so] why wouldn’t you want to have fun?”

Born in Surrey, Ashley moved to London as a teenager to pursue acting. “My family don’t have a background in this kind of industry,” she explains. “I realized at a young age that if I wanted to gain experience and connections and understand how it works, I would have to go and do it. I was always fearless; if I want something, I’ll go and get it. I’m like that with a lot of things in my life.” 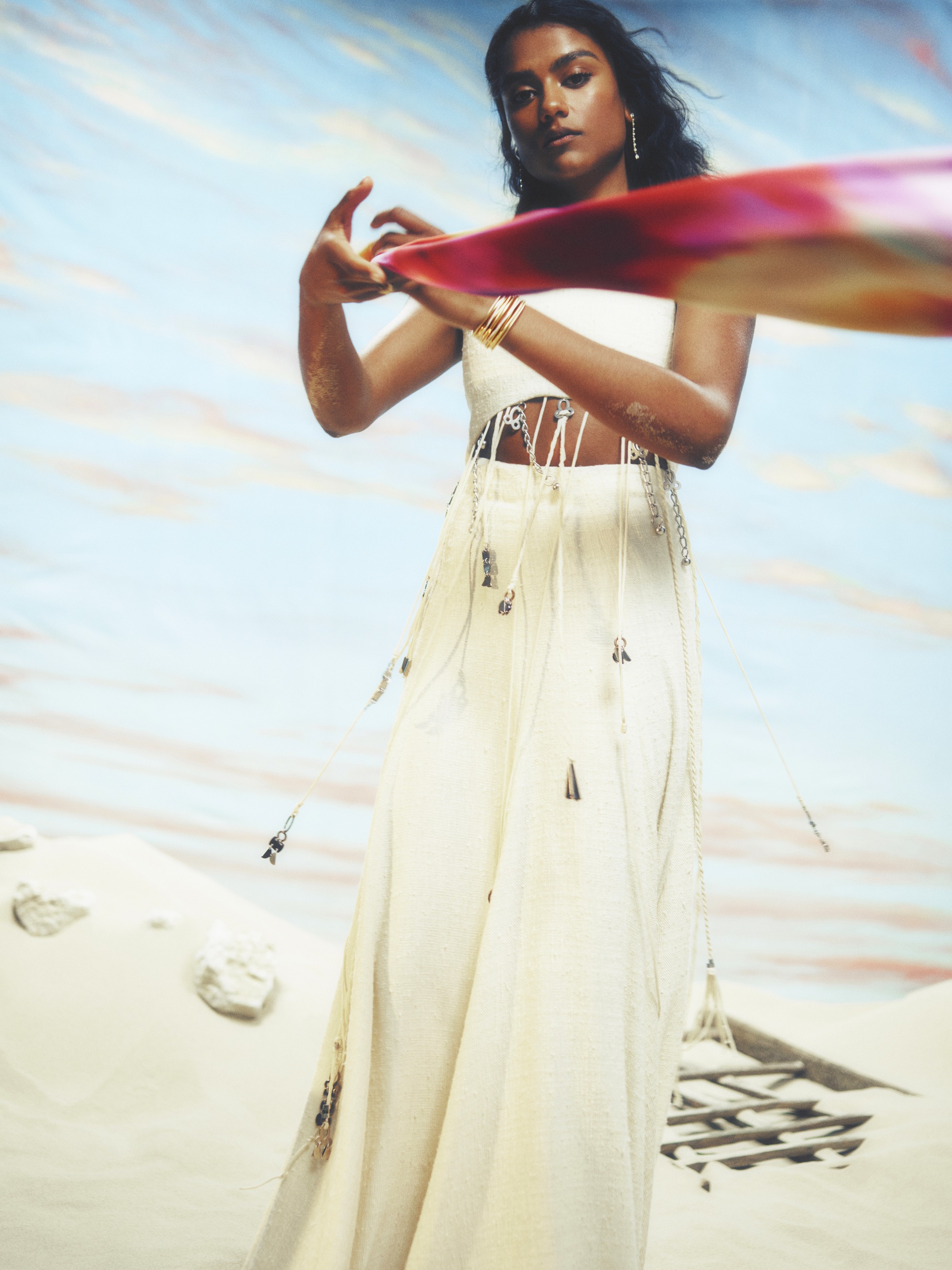 After studying performing arts at college, she landed a place at ArtsEd drama school before picking up small television parts and eventually joining the Sex Education cast as a member of the school’s popular clique. Now about to embark on the rigorous press cycle for Bridgerton, she is committed to balancing her hard work ethic with time for herself.

“I always make sure I get 20 minutes at the end of the day to just switch off,” she says. “I’ve got a dog, so I walk her every morning. Even if I’m knackered or bored, I put my phone away and I take her out for an hour and a half in the morning. Knowing that I’ve been in the fresh air, that I’ve been in a park, it makes such a difference.

“Self-care, looking after your holistic self is so important,” she continues. “But I do think it’s about finding balance; you’ve got to live your life, too. I always say the heart is like a house and if you clean all your dirty rooms, then you can invite people in. Self-care is cleaning the house, but then you’ve gotta go and have a house party! This industry is supposed to be fun, so I also like to put my heels on and have a boogie.”

When she’s not donning a corset onscreen, you are likely to find Ashley sitting front row at fashion week or, as she did last year, attending the Fashion Awards in a custom AZ Factory two-piece, inspired by Cher. She scrolls through a WhatsApp group to reveal the slew of reference images and designer sketches that went into creating that look. “I felt very spoiled; it was just the coolest [outfit], and that’s what I wanted – to feel cool and elegant and sexy at the same time.” Ashley works with stylist Rebecca Corbin-Murray, who the actor credits with making red carpets feel fun. “I always feel like I’m in great hands. She’s got amazing taste, but it goes deeper than that; she’s so confident in her opinions and she’s got such a good heart.”

As we get ready to leave, Ashley reflects on this period of time before Bridgerton season two, her biggest role to date, is released. “I haven’t seen the last two episodes yet, but I don’t know if I want to! We’ve already wrapped the season, [so] once I’ve seen it, that’s it – it’s over. So, I’m kind of holding on to those last two, [then] it’s not quite done yet.”