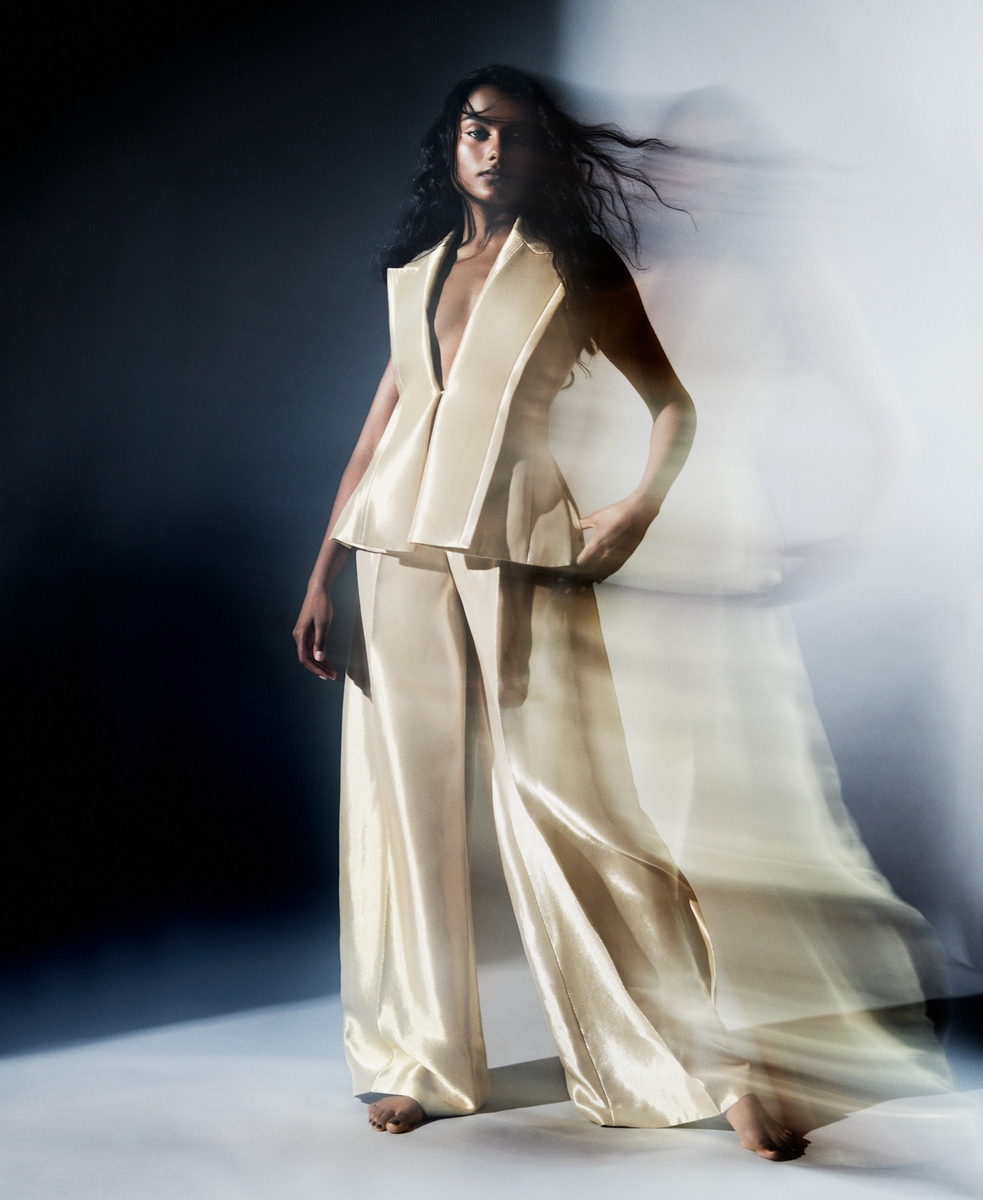 “This year has been wild,” shares Simone Ashley. This epiphany crops up midway through our conversation on a cold, London morning. I concur. It’s been a season of metamorphosis for the British-Indian actress who first piqued the interest of viewers as Olivia Hanan in Laurie Nunn’s comedy-drama Netflix series, Sex Education. Today, the 26-year-old finds herself in the middle of another brewing swarm of excitement ahead of her debut on season two of one of Netflix’s most-watched shows to date: period drama Bridgerton. Created and produced by megastar duo Chris Van Dusen and Shonda Rhimes, the verdict on Ashley’s casting has long been out: there’s a new girl in town and she’s one to watch.

Born in Camberley, Surrey, Ashley’s sights were set on her strengths from the get-go. Unfazed by the academic trajectory of her family, she honed in on classical singing, piano and musical theatre. “I was the only non-academic in my family. Music, film, photography and art were my fortes. My family has always been incredibly helpful and supportive.” Citing film-maker Quentin Tarantino as one of her earliest influences, the budding multi-hyphenate and alumni of Redroofs School for the Performing Arts looked to luminaries like Uma Thurman, Leonardo DiCaprio and Mark Wahlberg for inspiration as well. “I was quite in touch with my imagination,” she adds.

It’s this very spirit that’s lingered throughout the course of Ashley’s career. Her Rolodex of on-screen experiences include heavyweight and varied titles such as the BAFTA-winning crime series Broadchurch, fantasy teen drama Wolfblood and perhaps most unexpectedly, the animated-meets-reality movie Pokémon Detective Pikachu. The raucous 2019 hit, Sex Education, however, quickly proved to be the budding actress’s magnum opus.

Cast as one-fourth of The Untouchables—a clique of popular students who attend the fictional Moordale secondary school—Ashley’s portrayal of Olivia Hanan served as a refreshing yet subtle rejection of South Asian stereotypes. Strikingly good-looking, vain and relentlessly savage, Olivia was a layered—yet, perhaps unintentional—parallel to the nerdy archetype often reserved for Asian characters.

To viewers at home, the show’s sex positivity and diversity served as a reaffirmation of true representation. To Ashley, it was a solidification of her dedication to her art. “Sex Education was really life-changing. I’m so grateful for that show. I learnt so much in my craft and as a person. It was such a joy.”

When asked about the turn in the road that led to being cast as leading lady Kate Sharma in season two of Shondaland’s Bridgerton, Ashley breaks into a soft smile. “It kind of all happened incredibly quickly. Season one came out on Christmas day in 2020 and they were already casting for season two immediately. I got a few messages to put myself on tape and then as the days went on I met with Jonathan Bailey and we had our chemistry read. I later got a call saying that I got the role.” 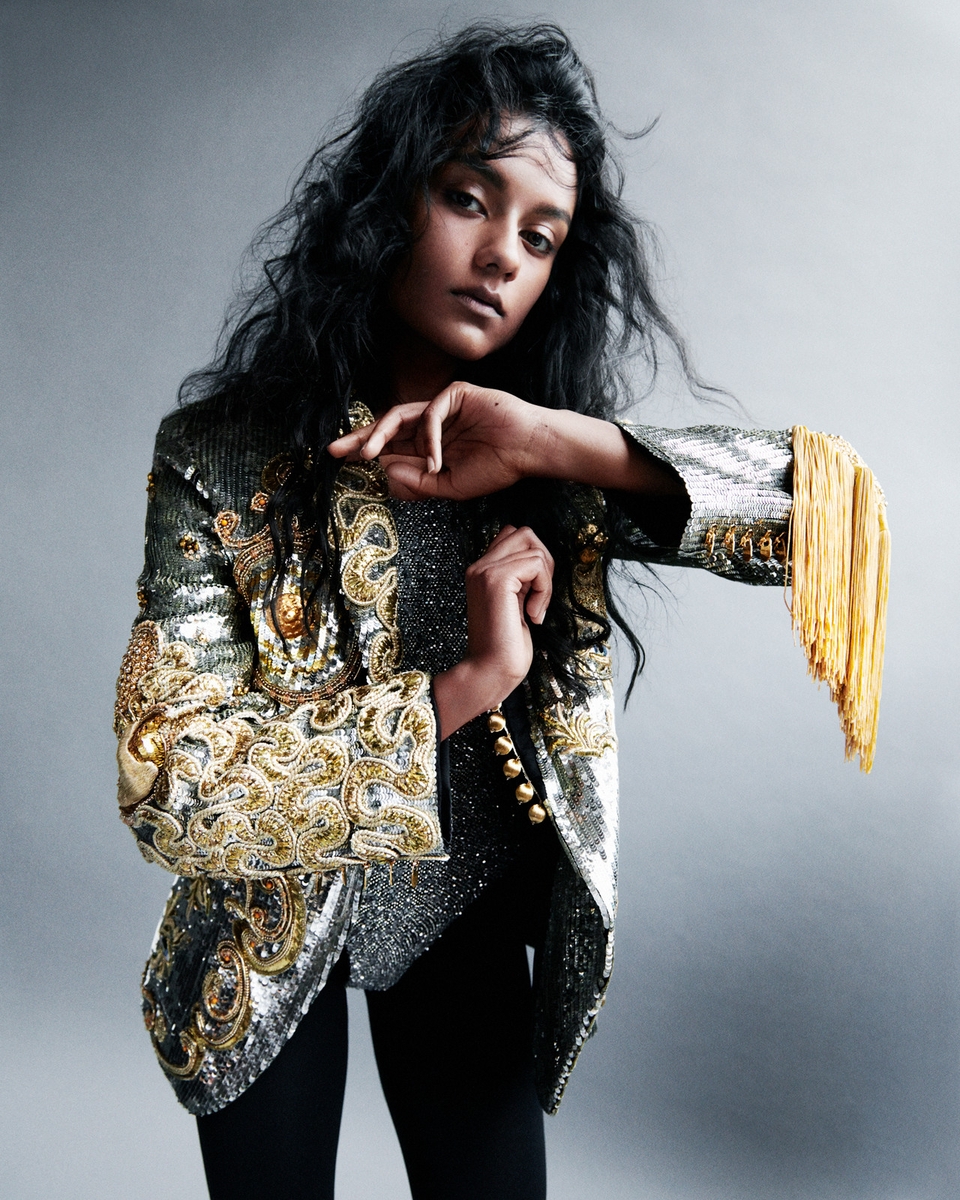 For the uninitiated: Bridgerton is American producer Rhimes’—of Grey’s Anatomy fame—debut Netflix project and takes its inspiration from romance novelist Julia Quinn’s eight-volume series. The show follows the Bridgerton family as they navigate the highs and lows of Regency-era London. What ensues is a tantalising blend of beautiful debutantes, extravagant balls and steamy affairs, set to the inimitable narration of Julie Andrews.

Described as the coming together of Gossip Girl and Pride and Prejudice, Bridgerton won viewers over with its diverse approach to casting and dynamic portrayal of an era long past. Pivotal characters such as the revered Queen Charlotte, the dashing Duke of Hastings and the charming Marina Thompson were portrayed by minority actors—Golda Rosheuvel, Regé-Jean Page and Ruby Barker, respectively.

This decision, creator Van Dusen shares, was made to delve into the show’s element of fantasy. “We wanted to create a show with real people in real-life situations that everyone could relate to. That’s what we want to see in storytelling. I hope that there are more shows—and there have been—after this one, where we can meet these characters in worlds that we never thought we could live in,” adds Ashley.

And Kate is exactly one of these characters. Described by Ashley as “fierce, opinionated and brave”, viewers are set to meet her for the first time alongside her younger sister Edwina, portrayed by British actress Charithra Chandran. New to London, the Sharma family is focused on finding a partner for Edwina, but the bubbling romance between Anthony and Kate makes for the main plot line.

Reflecting on her character, Ashley shares: “Kate’s a go-getter. She will speed right ahead, but she’s also smart and admirably strategic. I’d like to think I can be like that as well.” She adds: “It was such a physical process getting into her mindset as she’s incredibly fierce, sporty, competitive and brave. To represent that I had to put it into action. I was in horse-riding training a lot which was so much fun.”

While the world waits with bated breath for the premiere of season two on 25 March, Ashley is just beginning to bask in the cultural resonance of the show, post-shooting. And while she remains tight-lipped about any upcoming plans, as Lady Whistledown would say, this leading lady is a diamond of the first water.