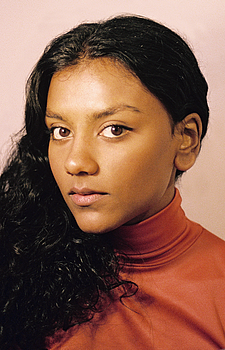 If you’ve watched the hit Netflix show — Sex Education, it’s hard not to notice the standout South-Asian actress in the series, Simone Ashley!

The highly relatable dramedy centers around a group of teens as they attempt to navigate the occasional awkward world of sexuality and young adulthood.

Ashley plays the role of Olivia one of the members of Moordale Secondary School ‘s infamous group known as, “The Untouchables.” It was the first time we saw a character of South Asian heritage depicted as the hot, popular, mean student in school, rather than the stereotypical caricatures we are used to seeing desi youth portray — a refreshing and hopefully new normal for the industry.

We had the pleasure of chatting with Ashley about her journey as an actress, her experience on Sex Education and just getting to know her all around! Check out our exclusive Q&A with Simone Ashley below!

What inspired your journey into acting?
I’ve just always wanted to create, and anything that allows me to do that has got my attention! It

allows me to be spontaneous and play – I guess it’s something I’ve always wanted to pursue, and didn’t think twice about it. My father has always been deeply passionate about music, film and photography. Growing up the record player was always playing rock n roll tunes, or Bob Marley, and the TV always had epic movies on, like Kill Bill. It’s a bit ironic, I grew up in a household full of Indian academics, y know, the doctors, the engineers, the accountants – it’s pretty cliche! I was never a budding academic, and always thrived in creative fields.

How did your family feel about you pursuing a non-traditional career path (i.e. doctor, lawyer, engineer)?
How did? More like how do?! They still find it quite scary and unsettling. There is no crystal ball, no security, no guarantee. Which can be a parents worst nightmare. But they know I’m a smart lady. You can’t spend your life going with what your parents want, or your friends, teachers, lovers, want. You have to be your own hero and just go with your gut. My parents are incredibly protective over me, and sometimes I found it quite stifling. It made me want to escape and do things my own way. I’ve always been a bit rebellious in that sense. I am incredibly privileged to be apart of a generation where young women from all over the world have more opportunity than ever before, where we are being less stereotyped and walls and being broken down slowly. It can be hard for my parents to understand that sometimes, but I just try to empathize with them and reassure them that I’m going to be fine.

As an actress of South Asian heritage, what has been the biggest challenge you’ve faced in the industry?
I try to be as positive as I can day to day, and I’ve tried to channel that into how I approached the industry. Yes, colourism is an ongoing issue. As is being type cast, being looked over because of the colour of your skin, losing roles to girls that are more ‘relatable’ to target audiences and markets. But if I surrender to all of that, where would I be going? No where! Fuck that.

I really believe in myself and in other dark skinned women, especially South Asian women! We are smart, we are talented and we all have something special to offer as artists!

So I try not to even think twice about any challenges that might come along due to my heritage. I say ‘Yes I can’ and see what happens. And usually that mentality breeds positive, bright and beaming opportunity. It won’t be a ‘challenge’ for very long, the world is changing. 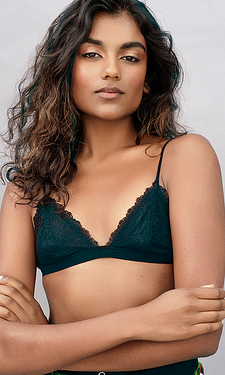 What is your favorite part about playing Olivia on Sex Education?
Creating and exploring this character during the initial stages of filming season 1 was so much fun. Olivia was written as a blank canvas almost, there was no character description, so I got out my paint brushes and starting painting. I sat down with the writers and we discussed her story, questioning her choices and journey throughout high school. I did a lot of research, I made Spotify playlists, mood boards, I watched a variety of John Hughes style movies. I watched ‘Boogie Nights’ are was inspired by ‘Roller Girl’. On the way to set one day, I asked our driver if we could stop by a corner shop on the way, I bought 10 pounds worth of bubble gum, popped a huge piece in my mouth and showed our head director and exec producer of the show (Ben Taylor) how big of a bubble I could blow. It looked really cool, so we decided to make it apart of the character. The banana scene in episode 2 was a lot of fun to do. Olivia can initially come across as untouchable, striking and fierce. But this scene I got to reveal and experiment with her dorky, vulnerable and awkward side. This contrast was so important to me. Nobody wants to see the ‘cool’ kid being perfect in high school. I wanted young girls who could relate to the social pressures Olivia puts herself under, and see that even the ‘coolest’ of kids make mistakes. We are all only human!

You’re having a traditional Desi dinner party — What dishes are a must for a perfect meal?
No time to eat. Gimme the chai. Only chai. Chai. Where’s my chai tea?

Who were your favorite music artists growing up and who are you listening to now?
I have such a deep love for music. I listen to everything and anything! But I grew up listening to a lot of rock n roll, that’s due to my father. Fleetwood Mac have always been my number one. The Doors, The Rolling Stones, Steely Dan. My Mother would always play Phil Collins too. Even though I grew up in a very conservative and quiet household, music was always playing. I still listen to the same rock artists, but now I’m discovering more genres like Trip Hop, I’ve been listening to Morcheeba on repeat. I love Alicia Keys, Nina Simone, Rihanna, Maggie Rogers. The list goes on and on.

What advice would you give to the next generation of Desi youth who want to pursue acting?
Do it! Get out of your head and just do it. Stop worrying about if people will ‘want’ you, and just do it. We can be blinded by the commercialized side of the industry and think they only want a certain look a certain type of person. But someone has to change the game sometime! Look at all the incredible movies, tv shows and artist out there of Desi heritage. And they are being celebrated big time. We need to celebrate each other and not guard ourselves by being competitive. Indian girls are so beautiful, and I am so happy to see more and more projects being made that involve all of us!

Which translated to English means: “May no one halt in the road, come. The accusing finger upon us has been broken because we five have come together like a fist May our unity only grow Come, let us move on”

So my advice in a nutshell would be: Be a fighter! Be a wolf! If you want to do it, then go do it. Don’t let anyone stop you or tell you otherwise.